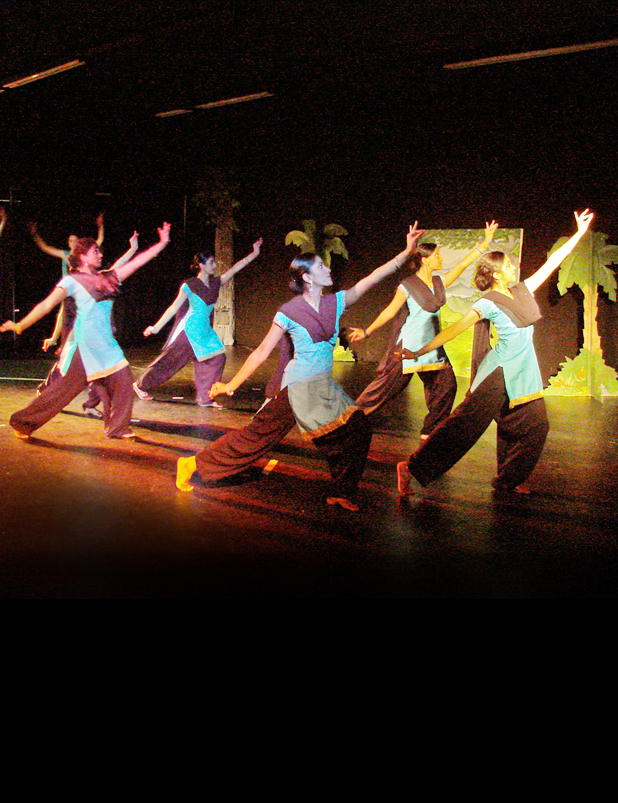 Akshaya Trust is a non profit organization based out of Madurai with sole purpose of feeding homeless and uncared people. Akshaya Trust feeds more than 400 people, three meals a day. Akshaya is Sanskrit for "undecaying" or "imperishable," and the name was chosen "to signify [that] human compassion should never decay or perish. ..." Third Eye dancers decided to organize a fundraiser for Akshaya Trust having witnessed Mr. Krishnan's commitment to 'helping the helpless'. The event was conducted on May 29th 2010 at the New Dawn Theatre , Duluth partnering with Bharathakala Naatya Academy.

The students of Bharathakala Naatya Academy with their teacher Smt. Subathra Sudarsan put together a fantastic evening of classical and fusion dance pieces. The program was graced by the presence of Smt. Radhika Shurajit, an accomplished Bharatanatyam dancer and the director of the popular show - Thaka-dhimi-tha of Jaya TV (Chennai, India). One of the highlights of the evening was "Nilaa Kaaigiradhu" – a number from the film Indira, originally choreographed by Radhika Shurajit. The dance was presented in honor of Guru Radhika Shurajit. Third Eye Dancer's Artistic Director Smt. Subathra Sudarsan went to Madurai, India and presented the funds to Akshaya Trust on July 22nd 2010. Further to this event, Mr.Krishnan of Akshaya Trust has been chosen as 'CNN Top Ten Heroes' of 2010.