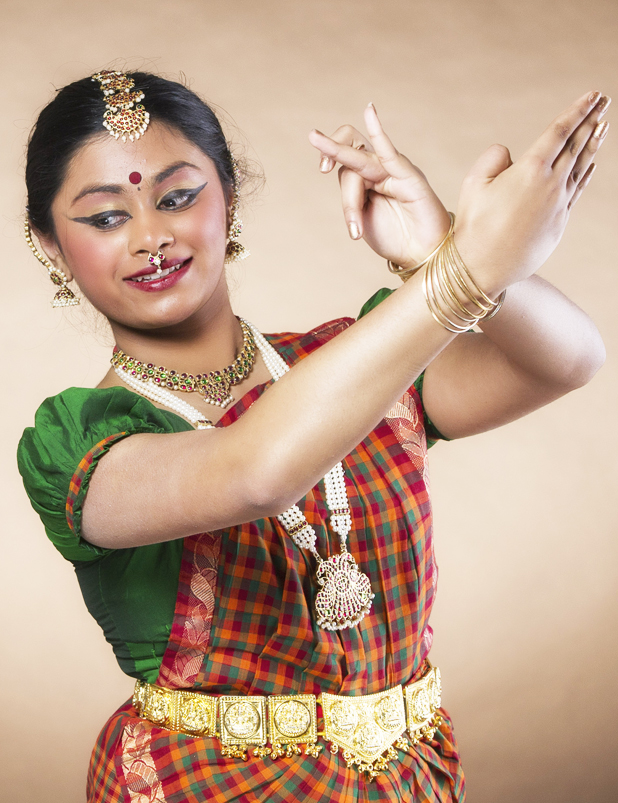 Leela Samson - A renowned Bharathanatyam dancer, Leela Samson is a legendary choreographer,instructor and writer. She has been honored with numerous prestigious awards in the national and international levels. In recognition of her exceptional contribution to the art form she was conferred with the PadmaShri award by the President of India. Some of the other awards received by her are Kalaimamani given to her by the government of Tamil Nadu and the SangeetNatak Academy award. She was appointed as the director of Kalakshetra in April 2005 and retired her position in April 2012. As founder of Spanda her goal for this dance group is to review the traditional vocabulary of Bharathanatyam. Her teachings in Bharathanatyam across the world include The Royal Opera House and Covent Garden, London.

Bragha Bessel - "BraghaGuruswamyBessell is a rare joy for dance and dancers alike" stated one of the music magazines in India. Her way of captivating the audience through her astounding ability in Nritha and Abhinaya is phenomenal. As a senior student of Adyar K Lakshman and Kalanidhi Narayanan, she is completely devoted to the art of learning and sentimental aspects of music which is clearly portrayed in her dance.

Radhika Shurajit - Traveling around the world to places like Sri Lanka, Nigeria, Germany, Russia, and Iraq RadhikaShurajit is regarded a fantastic professional dancer, dance teacher and choreographer. She is the senior most disciple to The Dhananjayans and Padmabushan Smt. Kalanidhi Narayanan. Apart from being an accomplished dancer in Bharathanatyam her popular show on Jaya TV ThakaDhimiTha has been aired on television for ten years hosting several dance gurus that appear as guests on her program.

Narthaki Natarjan - A very well-known direct disciple of the late Tanjore Shri K P Kittappa Pillai who is a descendant of the Tanjore Quartet, Narthiki Natraj is a worldwide professional dancer. She has been awarded the Kalaimamani award by the government of Tamil Nadu and various other titles for her accomplishments in dance. Her achievments in dance earned her a top grade position with national television and is a part of the Ministry of External Affairs in the Government of India.

Seshadri Iyengar – Under guru Smt. Padmini Ravi, Dr. Seshadri Iyengar started dancing at the tender age of nine and continues to give performances in his hometown Bangalore as well as being invited to perform in places such as the UK, Canada, USA, and several other countries. Apart from being a contemporary dancer Dr. Iyengar pursues his career as a Homeopathic Physician and Dance-Yoga instructor. He conducts several workshops in the places he visits aside from his performances. He is currently an empanelled artist with the Indian Council for Cultural Relations.

Gopukiran Sadasivan - As a senior disciple of Padmabushan Dhananjayans, Gopukiran Sadasivan is the director of Mahodaya which is a school of Natya. Traveling to places like South Africa, Canada, Malaysia, Singapore and Australia he is a well-rounded dance instructor, experiencing and learning about other cultures in the different countries that he visits.